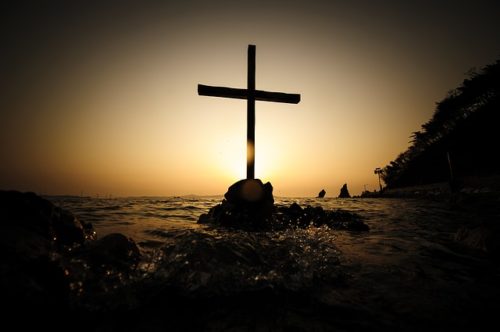 As we know, God’s moral standard is very high. And you may wonder how come God can forgive all of your sins; of course, God may forgive some, but not all of them, you think. There may be some sins which are too big or too serious even for God to forgive...

If you’ve ever wondered like this, you may appreciate a lot from today’s story. Today we’ll see how sovereign and how forgiving our God is.

God directs everything to show His abundant love and grace so that even persecutors of Christ may become followers of Christ.

In order to fully appreciate today’s story, we need to know what Paul (his Hebrew name is Saul) had been like before he became Christian.

Paul seems to be born in a rather rich noble family in Tarsus of Cilicia (cf. 22:28). This then probably had made it possible for him to study under a famous Jewish rabbi, Gamaliel (22:3; cf. 5:34).

So, if you think of his family and educational backgrounds, it is not so surprising that Paul had some kind of authority even at his youth.

Saul was not a mere Jew with some authority. He was a very pious Jew (Phil. 3:5-6). Paul believed in Judaism so much that he thought those Christians were blaspheming the name of God in the Bible (see Acts 22:4-5).

And one day he even went down to the city of Damascus, which was about 135 miles (217km) from Jerusalem. It would take them about 5-6 days on foot to go from Jerusalem to Damascus.

But Paul and his companions didn’t seem to mind the long way in order to persecute Christians. Paul was truly one of those people in Sanhedrin whom Stephen described in Acts 7:51-52 as follows:

You stiff-necked people! Your hearts and ears are still uncircumcised. You are just like your ancestors: You always resist the Holy Spirit! Was there ever a prophet your ancestors did not persecute? They even killed those who predicted the coming of the Righteous One. And now you have betrayed and murdered him.

This was Saul the persecutor.

Yet here we see the abundant grace of God:

God still wants those whose hearts and ears are uncircumcised to come back to Him;

God cannot forsake those who always resist the Holy Spirit;

God cannot give up on those who killed His prophets; and

God loves those who have betrayed and murdered His only Son, Jesus Christ.

That is the very reason why Jesus showed up to Paul on his way to Damascus, and changed him from someone who had persecuted Christ to someone who would be persecuted because of Christ.

I don’t think most, if not all, of us have persecuted Christians before we came to believe in Christ. But in one way or another, all of us have done something which have offended or opposed God, which we call “a sin.”

there is no one who does not sin

we are all sinners before God, and have done something offensive against God.

we are all dead in our transgression and sins (Eph. 2:1).

Yet, the good news for us is that God has made a way out for us, although it had cost the life of God’s only Son, Jesus Christ.

Jesus took all of our sins in the past, the present and the future, and died on the cross on our behalf.

if we believe in Christ as our Lord and Savior, our sins may be forgiven, and we may be reconciled with God the Father.
The sacrificial death of Jesus is sufficient for any sins to be forgiven.

So if you’ve ever wondered whether some sins may be too big or too serious for God to forgive, be assured that

the life of Jesus Christ is way much bigger than any sins in the world, and that God forgives all of your sins if you repent and believe in Christ.

In today’s story, we can appreciate not only God’s grace, but also His sovereignty.

We see that it is

God who orchestrates everything to bring Paul to faith in Christ.

Needless to say, Paul and Ananias had their own parts to play, being obedient to God’s calls.

Yet, still, it was God who set up everything in order to save the one man whose hearts and ears were uncircumcised, and who had been stiff-necked and resisted the Holy Spirit.

Now you may say that

well, it was all for Paul, not for me. I didn’t have such a dramatic conversion story like Paul. He was special, and I’m not.

Granted, we may not get to see Christ with our eyes these days or we may not hear audible voice from heaven like Paul or Ananias.

But it does not mean that God is not working today. God is alive and active even now and here.

You may have heard of somebody’s conversion story, which we usually call “testimony.”

Interesting or amazing thing about testimonies is that every testimony is very unique; we wouldn’t hear the same kind of stories, rather they are all very different from others.

It tells us how unique and how sovereign God is. God knows each every one of us, and He works in a different way for a different individual.

God would not mass-produce Christians. Rather

He individually brings each person to faith in Christ because each of us is so precious and so honored in His sight (Isaiah 43:4).

Even though we may not hear some audible voices from heaven, or see some heavenly visions, God can use anything to work out His plan for you here and now.

Nothing happens by chance for God. He is a sovereign God. He directs everything to show His love and grace to you.

Our God is a forgiving God.

God forgives all of our sins if we repent and believe in Christ.

But in order for God to forgive all of our sins, God’s only Son, Jesus Christ, had to die on the cross on our behalf.

This sacrificial death of Jesus is sufficient for the forgiveness of any sins in this world, including sins of blasphemers and persecutors like Paul.

Our God is a sovereign God.

God directs everything to show His abundant love and grace so that even persecutors of Christ may become followers of Christ.
His grace is sufficient for anybody, including those whose hearts and ears are uncircumcised, and who have been stiff-necked and resist the Holy Spirit like Paul.

Right now, you may be wondering whether God may not have forgiven some of your sins for whatever the reason.

If so, know that God’s only Son, Jesus, died for you.

God loves you so much that He is more than willing to forgive all of your sins if and only if you repent and believe in Jesus as your Lord and Savior.

No sins are too big or too serious for God to forgive.

Or you may be wondering whether God is really alive and active today; you wonder whether He is really working in your life right now. The problem seems too big, and you just don’t feel like things are going to get any better.

If so, remember that nothing happens by chance for God.

God is sovereign, and He directs everything to show His love and grace to you in His timing and in His way.

You may say you already know God is forgiving and sovereign: God loves you so much that God’s only Son Jesus died for you in order to forgive all of you sins; and God is so sovereign as to direct everything to show His love and grace to you and to this world.

Then the challenge for you would be to

be forgiving as God is forgiving; love others as Jesus has loved you, and forgive others as He has forgiven you (Eph. 4:32—5:2).