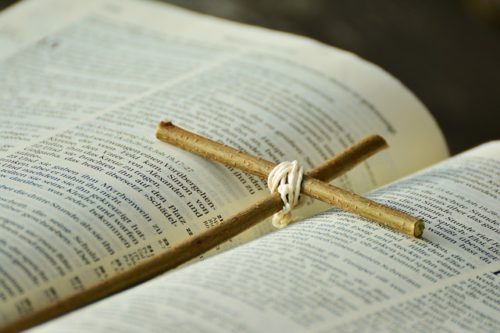 What would you do if God doesn’t answer your prayers?

No matter how hard you pray things don’t seem to be going the way you hope/expect. God is silent. Or even God seems to be making things worse than before. What would you do if God doesn’t answer your prayers?

This is the question I’d like us to think about today. But unfortunately, we wouldn’t get a direct answer from today’s text. Rather we’d see first that

it is not us but God who takes the initiative; and God carries out His plan of salvation by using our responses to His initiating work.

And this would give us some hints for answering the question about prayer.

God took the initiative to show His mercy and grace to Aeneas by sending Peter to Lydda. And people responded to the initiating work of God, and came to believe in Christ (v. 35).

This pattern was true for Tabitha. It was not the people in Joppa but Peter or God working through Peter who took the initiative to raise her from the dead (v. 40). And many people responded to the initiating work of God, and believed in Jesus (v. 42).

But in the second story about Tabitha, you may say that

it was not really God or Peter but the friends of Tabitha who took the initiative because they first asked Peter to come see the dead Tabitha (v. 38).

Well, that is true. But let me ask:

why did Peter “happen” to be in Lydda, which is about half-a-day walk (12 miles or 18 km away) from Joppa, when Tabitha died?

It was because God had sent Peter to Lydda in order to heal Aeneas and save the people there. And while Peter was in Lydda, Tabitha became sick and died in Joppa.

That is why the friends of Tabitha could get the chance to ask Peter who was visiting Lydda to come to Joppa.

I think this observation is very crucial for our lives. We sometimes think that

it is not God, but us who take the initiative in our lives.

For instance, we tend to think that first we pray, then God responds to our prayers. And we think that if we don’t pray, nothing would happen. So it is us not God who take the initiative.

Of course, prayers are important and God does answer our prayers in many different ways. But let me ask:

why do we pray in the first place? Or say, why do we expect God to answer our prayers?

Well I think it’s because we have become children of God when we believe in Jesus as our Lord and Savior.

But how could it be possible for us to be children of God? Right, it’s because

God took the initiative to send His only Son Jesus to die on the cross for our sin.

So it is not really us but God who took the initiative to make the way for us to have an intimate personal relationship with Him.  And we respond to God’s initiating work by believing in Christ.

This is why we can now pray to God as His children.

Now in the story of Cornelius in Acts 10:1-23, an angel of God told him to send men to bring Peter up to his place (vv. 3-6). But here, it may appear that because Cornelius prayed and gave to the poor, God in response sent an angel in order to lead him to faith in Christ (see v. 4).

It seems Cornelius not God who took the initiative.

But if that were the case, it would mean that Cornelius had been saved by work, not by faith. But as you know, it is not what the Bible teaches: we are all saved by faith not by work. So what is going on here?

I think the key sentence here is found in Acts 10:2:

[Cornelius] and all his family were devout and God-fearing. (Acts 10:2)

Although we don’t know the reason why Cornelius had started to fear God in the first place, God must have revealed Himself to Cornelius in some way in the past.

So here again, it was not Cornelius but God who took the initiative to reveal Himself to Cornelius. And Cornelius responded to the initiating work of God, and prayed to God regularly and gave generously to the poor.

And God took the initiative again to speak through an angel to him in order to carry out His plan of salvation in Christ. Cornelius obediently responded to that initiating work of God, and sent men to Joppa to bring Peter.

Now, notice that even though Peter hadn’t fully understood the meaning of the vision, he responded to the initiating work of God as the Spirit told him to do so (vv. 21, 23).

Here it is noteworthy that in today’s story God appeared to both Cornelius and Peter while they’re praying. What is more interesting about it is that

what they heard from God was not something they had ever imagined or expected in prayers.

Yet, still, I think it was in a sense God’s answers to their prayers as well.

God answered their prayers in the way they never imagined or expected.

For Cornelius, I believe that he must have prayed for God’s salvation for the people of God, waiting for the Messiah to come.

And God answered that prayer of Cornelius in the way he never imagined or expected: God showed him that the Messiah had already come to save all the people (10:34-43).

Likewise for Peter, I’m sure that he must have prayed for God’s salvation for the people of God, knowing that the Messiah had already come.

And God answered that prayer in the way he never imagined or expected: God showed him that the salvation is not only for Jews but also for Gentiles (10:34-43).

The point is that

God does answer our prayers, but the way He answers is not usually the way we imagine or expect.

God takes the initiative to reveal His intention or purpose. But very often

we may not understand the revealed intention at once because God’s ways and thoughts are much higher than ours (Isaiah 55:9).

All we can or have to do in such a case is simply to trust and obey God.

It is not us but God who takes the initiative.

In today’s passage, God took the initiative by sending Peter. And Peter healed Aeneas and raised Tabitha from the dead even before the people explicitly asked Peter. In response to the initiating work of God, many people came to know Christ.

God also took the initiative by revealing Himself to Cornelius and Peter while they’re praying. Even though they did not completely understand the meaning of what God revealed to them, they obeyed God. And God used their obedient responses to expand His plan of salvation.

Now, how can we apply this to our spiritual life? Or as I’ve asked you at the beginning of the sermon,

what shall we do if God doesn’t answer our prayers no matter how hard we pray?

First of all, we should remind ourselves that

we can pray to God as our heavenly Father because God has given us the privilege to become His children by His grace (John 1:12-13).

We didn’t earn God’s favor to become His children. But because God has taken the initiative by sending His only Son, Jesus, to save us, we become God’s children if we believe in Christ as our Lord and Savior.

prayer is a way for us to respond to God’s love and grace. And we are to ask for His will to be done not for our own just like Jesus prayed in Gethsemane (see Luke 22:42).

This means that when you feel like God is not answering your prayers, you are to ask yourself if you’ve been praying according to His will or not. John writes,

This is the confidence we have in approaching God: that if we ask anything according to his will, he hears us. (1 John 5:14)

God does not answer everything you ask Him for. But

only when you pray/ask according to His will, He hears you.

So if you have not had your prayers answered for a long time, perhaps, you may not be praying according to God’s will, and you may want to check if you’re really seeking His will not your own desire.

Lastly, even if you’ve been praying according to God’s will, you may still not feel like God is answering your prayers. That may be because God is working in the way you’ve never imagined or expected.

Remember it is not us but God who takes the initiative. God hears our prayers. But

He has His own timing, and His thoughts and ways are much higher than ours.

So even if God has been working in your life, you may not fully understand what is going on right at the time when it’s happening.

But only after a little while, you’d understand indeed that God has been at work in every step you take.

in all things God works for the good of those who love him, who have been called according to his purpose. (Rom. 8:28)

If you've ever wondered whether God may not have forgiven some of your sins for whatever the reason, then know that God’s only Son, Jesus, died for you. God loves you so much that He is more than willing to forgive all of your sins if and only if you repent and believe in Jesus.